We are updating our website and ordering will be available for our Canadian customers soon. Please check again. Thank you for your patience. 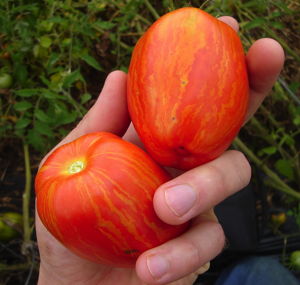 Hybrid varieties are those produced from the crossing of two different inbred lines. Seed saved from hybrid varieties will not breed true in the next generation.